Bridgit, Mary of the Gael, Goddess and Saint of Poetry, Crafts, Healing and Fire :  Inpiration of poets, artists and artisans. 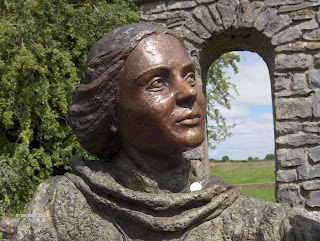 Brighid, excellent woman,
Sudden flame,
May the fiery, bright sun
Take us to the lasting kingdom.
Song of the Virgins of Kildare

St. Brigid’s church in Kildare was built on a site sacred to Brigid. Where Her eternal flame had once been tended by 19 priestesses, 19 nuns took it in turn to each tend the flame for a day and a night. On the 20th day, the Goddess (or the saint) tended the flame herself. 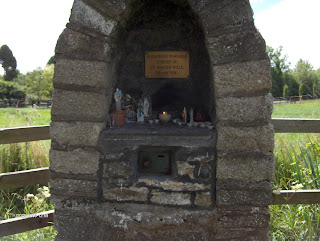 February 2 is one of the great cross-quarter days which make up the wheel of the year. In the Northern Hemisphere It falls midway between the winter solstice and the spring equinox and in many traditions is considered the beginning of spring and in the Southern Hemisphere it is the beginning of autumn.
In Western Europe, this was the time for preparing the fields for the first planting. This was an important day for grain growing communities who depended on the crops of the earth mother. This is the time of year, when the ground is first awakened and the seed placed in the belly of the earth. The fields were purified and offerings were made to the goddess.
This medieval Anglo-Saxon plowing prayer was said by the farmer while cutting the first furrow.
Whole be thou Earth
Mother of men.
In the lap of God,
Be thous as-growing.
Be filled with fodder
For fare-need of men.
The farmer then took a loaf of bread, kneaded it with milk and holy water and laid it under the first furrow, saying:

Acre full fed,
Bring forth fodder for men!
Blossoming brightly,
Blessed become;
And the God who wrought the ground,
Grant us the gifts of growing,
That the corn, all the corn,
may come unto our need.
February 2 is also Imbolc, and Candlemas, the holy day of Brighid, Goddess and Saint, La Feile Bride. (pronounced Breede)
Brighid is a Goddess of many names. In Ireland She is called Brigid, Brigit, Brighid, Brid. In Scotland She is called Bhrighde, Bride Breo-Saighit, Brede. The Welsh call Her Ffraid and the French call her Brigandu.
She is called Brigantia by the Northern English and Bridget in Sweden. Her name is pronounced Brighid or Bree-id.  Some have said that Her name may have come from the word Brihati, which means “high” or “exalted one” in Sanskrit. Her name in Gaelic means “fire tipped, exalted one, high one.” 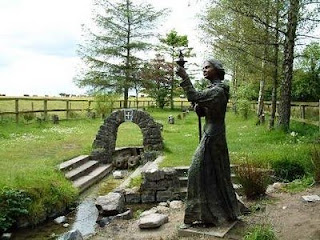 also called Oimelc [‘ewe’s milk’] marked the first stirrings of spring when young sheep were born, and when ewes came into milk. On this day, the first of the Celtic spring, Brigid was said to use her white wand to “breathe life into the mouth of the dead winter”, meaning the white fire of the sun awakened the land.


An old poem stated; “Today is the day of Bride, The Serpent shall come from the hole.” An effigy of the serpent was often honoured in the ceremonies of this day, making it clear that Brighid had aspects as a serpent goddess. As the serpent sloughed its old skin and was renewed, so the land shook off winter to emerge restored; the snake symbolised the cycle of life. When Brighid’s cult was suppressed, then St Patrick had indeed banished the snakes [Pagans] from Ireland. However, Brighid’s popularity was so great that the church transformed her into a saint, allegedly the midwife of Christ and the daughter of a Druid who was converted to Christianity by St. Patrick, and who went on to found the Abbey of Kildare.
Her festival became Candlemas when church candles were blessed.

Brighid was invited into the home by the woman of the house, in the form of a doll or corn dolly dressed in maiden white. Oracles were taken from the ashes of the hearth fire, which people examined for a sign that Brighid had visited, i.e. a mark that looked like a swan’s footprint. If found, it was considered a lucky omen. The swan was an ancient attribute of the goddess Brighid. Many Irish homes still have a Brighid’s cross hung up somewhere. This was originally a solar symbol.


A small community of Brigidine nuns are keeping the sacred light of Brigit burning at Solas Brihde in Kildare.  I spent a week in Kildare, walking the pilgrimage of Bridgit, visiting her sacred well 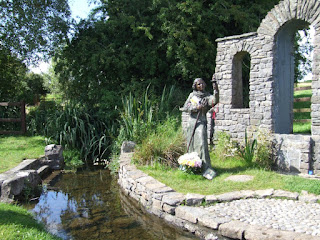 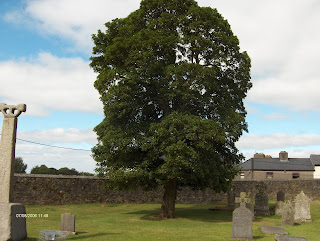 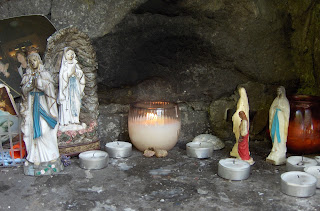 prayed at the Abbey of Brede 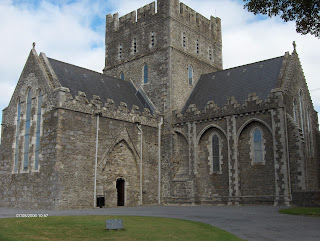 Weaving the St Bridgit cross is traditional on this day. 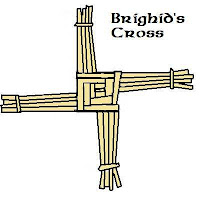 I found this step be step instruction on the site of the Brigidine sisters :
1.     Take the first rush/reed and hold it vertically.
2.     Fold a second rush/reed in half at the mid point of the first.
3.     Take a third and fold it around the second parallel to the first. This will now form a T-shaped piece, with one arm having one strand, the second having two and the third having three.
4.     Fold the fourth around the third to form a cross.
5.     Fold a fifth around the fourth, parallel to the single strand. Make sure you hold the centre tight!
6.     Continue folding each reed around the previous reeds.
7.     Work in a circular way until you have created enough of a woven centre. When your centre is as large as you want, hold in the reeds tightly so that the centre is tight and will hold the cross without any difficulty.
8.     Tie the end of each arm carefully and trim ends.
If you would like to read more about my pilgrimage to Brigid, Mary of the Gael and her presence in Glastonbury, please go here :  http://pathofdivinelove.blogspot.com/2011/04/brigidbrigitbridebrede-mary-of-gael.html
Liked it? Take a second to support Hettienne Grobler on Patreon!